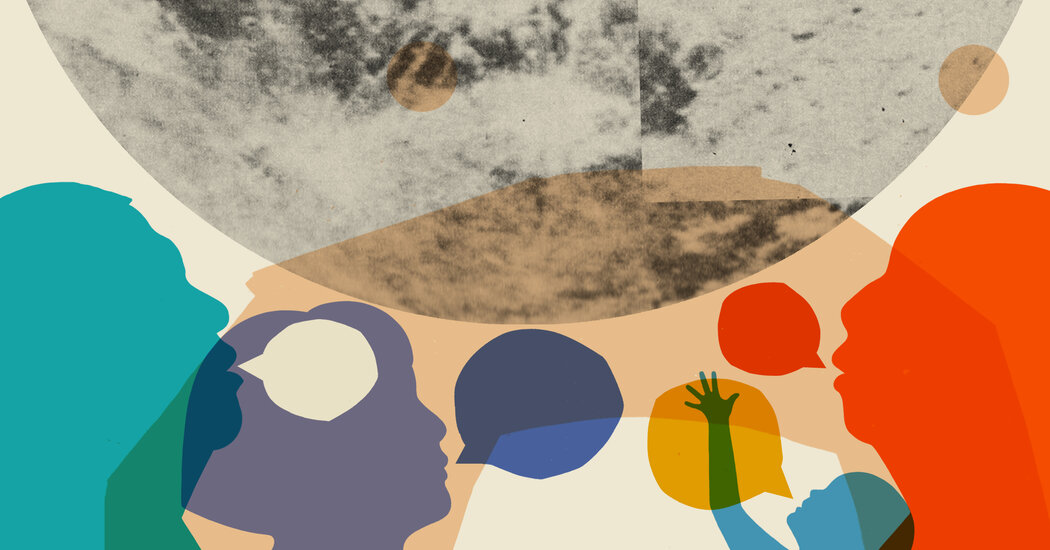 These days, the ready availability of Chinese language media, from books to television shows to music, is a much-needed boon to parents like me — second-generation immigrants, often with a tenuous grip on the language, who nevertheless want to pass it on to their children.

The first time I stepped into the local library in my Bay Area hometown, I was amazed to find a well-stocked Chinese section in the children’s wing. I emerged with an armful of books, their fanciful pages filled with half-remembered refrains, echoes from my childhood. Like the mischievous Monkey King, Sun Wu Kong, whose spirited high jinks seized my daughter’s imagination, or the tale of Chang E, the lady who lives on the moon, which prompted late night examinations of the moon’s pocked surface.

Learning Mandarin is more popular than ever. As a kid, my Saturday class was populated by students like me, with parents who spoke Mandarin exclusively at home. But the demographics of Mandarin learners today run the gamut from heritage speakers to those without a familial connection but with other motivations to learn (an affinity for the culture, an appreciation of Asia’s growing importance in the world’s economy).

In 2015, the Obama administration set up an initiative to increase fivefold the number of students learning Mandarin in five years. Today, more than 300 Mandarin immersion schools operate all over the United States. The language and customs I had hidden and compartmentalized, considering them “weird” as a child, have entered the mainstream.

But it’s an uphill slog. According to the Foreign Service Institute, Mandarin, a Category Four language, takes four times as many hours to master as languages like Spanish or Italian. And, as I can personally attest to, maintaining fluency is a lifelong commitment.

Still, when I see my youngest converse with his grandfather in rapid-fire Mandarin or when my daughter insists on fish for Lunar New Year (“fish” and “abundance” are homonyms in Mandarin — it’s somewhat of a sport among the Chinese to play with these happy coincidences), the time spent poring over books and taking them to activities feels well-spent. Although my parents’ English is serviceable, it is only in Mandarin that they’re at ease, that they can inhabit their own skins.

In Mandarin, I can almost see the people they were before they uprooted their lives in search of better opportunities in a foreign land. I think about how frightening it must have been, what an act of bravery it was, to raise their children in a language whose rhythms and meanings will always remain cryptic to them, to know that those children will forever be wai guo ren — “foreigners.”